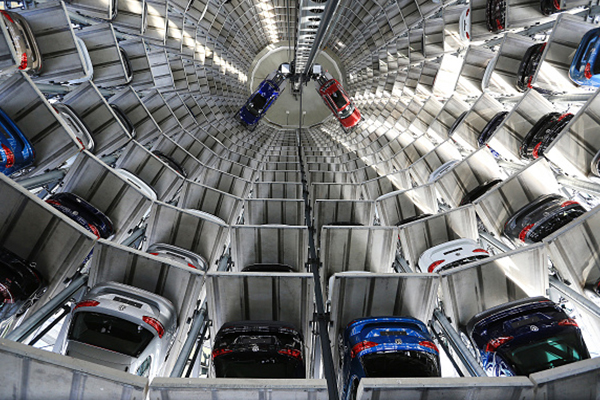 Economic data in Germany continues to deteriorate. Factory orders in Germany declined by -0.6% m/m in August, below the expectations for a -0.3%. The annual rate was nothing had much better rate falling to -6.7% from revised lower by -5.0% in July. New orders in immediate goods provide a small rebound on the month but weakness in the capital and consumer goods pressured the headline. Perhaps the most concerning aspect of the read were 2.6% m/m plunge in domestic orders, especially in consumer goods. Economic weakness is not translating into worrying consumers. Household consumption in Germans as perfect of GDP has declined since 1980 however still is 52%. Reality is that German manufacturing remains in recession in Q3 and news that the German consumer is showing signs of weakness is concerning. The German GDP growth is likely to contract further. Executive Board of the ECB is still showing significant divisions. However, as the data from Europe’s engine of economic growth stalls watch for supporters of loose monetary policy to increase (16 doves – 6 hawks estimates). Christine Lagarde's previous policy statements have been similar to Draghi indicated more expansionary policy action is on the way. We would remain seller of Euro and view bounces in EURUSD as an opportunity to reload shorts.

The latest updates on the front of the US – China trade dispute have again given safe haven JPY a boost as China appears willing to narrow down the scope of upcoming trade talks taking place on Thursday and Friday 10 – 11 October 2019 in Washington. This should pave the way for tariffs hike from current 25% to 30% on USD 250 billion imported Chinese goods on 15 October 2019 and therefore intensify tit-for-tat sanctions from both sides, thus favoring a long-JPY bias by the end of the week. Meanwhile, the economic assessment downgrade of the Japanese government to “worsening” following the release of its business condition indicator confirms that the Japanese economy probably turned into recession as the new US – Japan partial trade deal signed only covers a small portion of existing bilateral trades

Since its initial statement that the Japanese economy is recovering at a moderate pace thanks to a solid domestic demand, the government is likely to change its stance as the sales tax hike from 8% to 10% implemented in 1 October should depress Japan’s private consumption and therefore worsen its outlook. The coincident index, which provides an evaluation of the health of the economy by computing data on industrial production, retail sales and employment, fell to 99.3 (prior: 99.7) in August, marking to August 2016 low. In that context, Japan’s quarter-on-quarter 3Q GDP figure released on 14 November should confirm a slowdown from 2Q 0.30%, paving the way to an increase in government spending and BoJ policy easing amid a potential technical recession by year-end. Further negotiations on US – Japan trade should continue as the existing agreement is mainly focusing on US beef and pork exports to Japan, omitting major topics such as Japanese auto, aircraft, or semiconductor manufacturing.