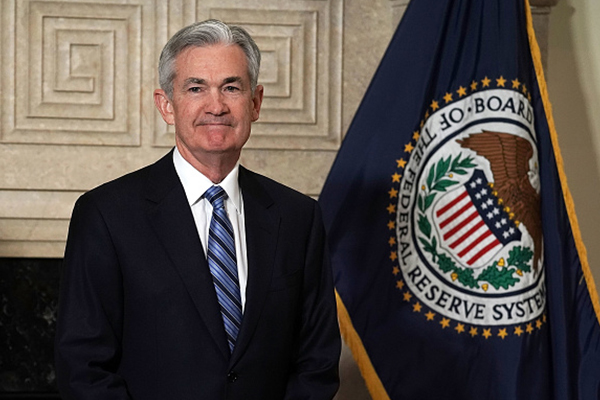 On Friday, US President Donald Trump declared a national state of emergency and today, the Federal Reserve (Fed) slashed its interest rates near zero in a second surprise action less than two weeks after it cut its rates by 50-basis-point in an unscheduled move. The Fed also pledged to boost bond purchases by $700 billion to provide the necessary support to the US economy for fighting the negative implications of the coronavirus pandemic.

Meanwhile, the Bank of Japan (BoJ) rescheduled its March 18-19 meeting to this morning, where it kept interest rates unchanged but doubled the ETF buying from 6 to 12 trillion yen, increased the upper limit of commercial paper (CP) and corporate bond purchases and introduced a new tool allowing corporate debt to be used as collateral for new loans at zero interest with a year maturity.

The Reserve Bank of New Zealand (RBNZ) lowered its rate by 75 basis points to 0.25% in an emergency meeting as well.

But US equity futures tumbled to their daily trading limit, yet again, after having closed near 10% higher on Friday.

Asian stocks were smashed, with Australia’s ASX (-9.70%) taking the biggest hit amid industrial production in China declined 13.5%, fixed asset investment tanked 24.5% and retail sales fell 20.5% in February, as the coronavirus outbreak paralyzed economic activity in the EM giant during this month. All three figures were sensibly lower than the analyst expectations of -3%, -2% and -4% respectively. This has been the first set of hard data, giving investors a gauge of how bad the economy may have been impacted by the pandemic. The People’s Bank of China held its on-year MLF rate unchanged at 3.15%.

The fact that lower Chinese production will have a severe implication on most international companies’ operations is now leading to another round of downside valuation in market prices.

And of course, the spread of the virus to other parts of the world continues paralyzing economies globally and the negative implications will go far beyond a Chinese-led slowdown.

Due today, the Empire State Manufacturing index is expected to have fallen to 4.40 in March from 12.9 printed a month earlier. Markets are prepared for a sensibly lower read.

Gold tanked to $1504 an ounce during the Friday’s stock rally and jumped to $1575 in the overnight trading session. Though such violent swings are disturbing for a safe haven asset, chaotic market conditions give little alternative of rescue to investors.

WTI crude (-3.18%) shortly fell below $30 a barrel. The mounting selling pressure is partly countered by expectations that the global production would curb naturally if a barrel is exchanged below $30. Most producers would bleed money near these levels.

The euro rebounded to 1.12 against the greenback after having dipped to 1.1054 on Friday. Cable tanked below 1.23 for the first time since August. The Fed’s surprise Monday move should continue weighing on the US dollar.

Trading on FTSE futures (-5.21%) hint at a deeply negative start to the week despite a cheap pound. DAX futures (-5.14%) point at further bloodbath in Frankfurt.

Last week has seen the market volatility ratchet up another notch. Global markets are now experiencing volatilities near the 2008 crisis levels. The instability and unpredictability will likely be on the menu of this trading week as well. We recommend avoiding panic selling as much as possible.