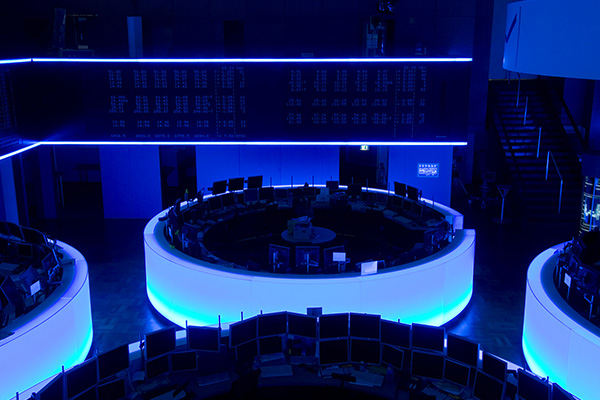 Global equities continue falling into a bottomless pit as the coronavirus death toll rises, bringing along more travel restrictions and lockdowns across the globe. And it appears that the colossal support packages mobilized by central banks and governments won’t suffice to better the investor mood, if we don’t see a worldwide peak in coronavirus cases.

Emirates was the latest leading airline company to halt flights starting from this week. Most European capitals became ghost towns as public areas remained closed to stop the contagion of the virus.

It is pretty much clear that there is no escape from the heavy recession knocking on the door.
Asian stock markets plunged heavily at the start of the week. The Nifty nosedived past 10%, the ASX tumbled 5.62%, as Hang Seng and Shanghai’s Composite fell 4.49% and 3.11% respectively.

US stock futures kicked off the week with another round of heavy sell-off; trading halted as the daily lower limit was hit – a scenario that we almost see on daily basis now.

European futures lost up to 6%, setting the stage for a renewed bloodbath at the weekly opening bell.
The FTSE 100 is expected to gap below the 5000 mark at the open, as Johnson now threatens to lockdown the country as public doesn’t take the necessary measures to distance themselves to stop the virus from spreading further.

Elsewhere, Italy is overwhelmed as the death toll topped 5476. In Germany, gatherings of more than two people were banned and Chancellor Merkel was quarantined after being in touch with a positive-tested doctor. German automakers could be asked to produce large-scale medical equipment to deal with a health crisis that went well beyond imaginable. Tokyo Olympic Games will likely be postponed for the first time since the 19th century. The final decision will be taken over the next four weeks, but the Olympics is by far not the only competition that is or will be delayed or cancelled this year.

Due this week, the PMI figures should give a first assessment of the economic toll following a widespread lockdown in Europe since the coronavirus outbreak took over the old continent. The data will likely print the sharpest weekly declines on record, with both the manufacturing and services PMI are seen below 40 across the Euro zone.

Tragic data could further accelerate the panic sell-off across global cross-asset markets. Both in equities, bonds, currencies and commodities, investors liquidate their positions and turn into the US dollar, which is the only asset that offers a credible safe harbour as all classic safe havens such as gold, yen and Swiss franc have been squeezed by the global sell-off.

For those who still have the courage, and the funds to invest, US treasuries seem attractive, though the US sovereigns are equally crowded with hectic up-and-downs. The US 10-year yield retraced back to 0.81%, after having spiked past 1.25% during last week’s debasement.

The EURUSD extended losses to 1.0635 in the overnight trading session. The massive inflows into the US dollar and expectation of cataclysmic PMI figures could encourage a further sell-off toward the 1.05 mark.

The pound, on the other hand, is licking its wounds after last week’s devastating sell-off to levels last seen in 1985 against the US dollar. The RSI, though improved, remains in the oversold territory hinting that sterling has potential for a further correction above the 1.20 mark in the coming days. But of course, the general dollar strength could cap the rally nearing this level.

Gold hovers around the 1500 mark, its 200-day moving average, but the precious metal has fallen from grace after its negative correlation to risk assets broke several times during the past weeks, leaving investors uncovered when they most needed a shelter.
WTI crude holds ground near the $20 a barrel, as global oil supply is threatened below this level, giving some support to the black gold regardless of the strong headwinds across the equity markets.