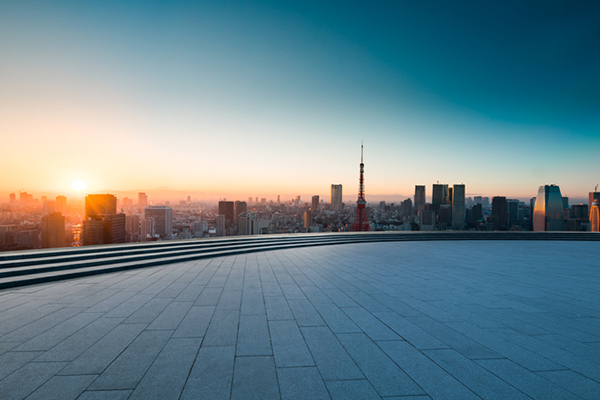 On Tuesday, worries of a second-wave contamination were put aside with the help of the Federal Reserve’s (Fed) announcement of corporate bond relief and solid rebound in US retail sales in May. The latest data showed that the American consumers rose spending by a record 17.7% last month, versus +7% expected by analysts and -14.7% printed a month earlier. While data supported the idea of a stronger post-Covid economic rebound, Fed Chair Jerome Powell emphasized during his semiannual testimony yesterday that the duration and the strength of the recovery remains very much uncertain, and that even a solid recovery in the US labour market may not lead to the robust levels seen before the pandemic, during which more than 20 million Americans lost their jobs.

Investors already discuss the pros and cons of pulling interest rates in the negative territory in the US, while the Fed has recently ruled out the negative-rate alternative and the activity across US sovereign markets doesn’t hit at any pricing towards that direction just yet. This means that there is some space left for relief on this end, if needed.

Asian stocks traded mixed following strong gains in Europe and the US.

Exports in Japan plunged most since more than a decade on the back of a severe fall in US car demand and significantly less business spending in Japan as a result of the Covid-19 pandemic. The latest data showed a 28.3% y-o-y slump in May versus a 17.9% drop expected by analysts and the 21.9% decline printed a month earlier.

Meanwhile, tensions between China and India lead to the worst military clash in four decades near Himalaya. More relevant to most investors, China began imposing new confinement measures to stop the spread of the second wave of Covid-19 contagion. If things get uglier in China, the enthusiasm regarding the fiscal, monetary measures and the improving economic data may remain short lived.

European countries continue lifting confinement measures, however, despite a stronger evidence that acting too early may cause more damage to the economies in the medium term.

US futures turned slightly negative in the overnight trading session, while FTSE (+0.08%) and DAX futures (+0.10%) hint at consolidation on Wednesday as investors digest the Fed intervention and calibrate their thoughts on where to go next.

In the currency markets, the US dollar recovered to the 97 mark on the back of a de-risking across the board. The US 10-year yield pointed at 0.73%.

The yen and the Swiss franc see slowly rising safe-haven inflows indicating a pause in the latest risk rally.

Cable pulled lower on the back of a softening risk appetite and a stronger US dollar. Released this morning, the inflation in the UK fell to 0.5% y-o-y in May – the lowest in nearly four years. The core inflation eased to 1.2%, versus 1.3% expected by analysts and 1.4% printed a month earlier. But the monthly figures pointed at flat inflation, instead of deflation in May. While the kneejerk reaction was a soft rebound in the pound, the weaker inflation should boost the Bank of England (BoE) doves before Thursday’s monetary policy meeting, where policymakers are expected to maintain rates unchanged but expand the asset purchases program by 100/150 billion pound, and cap the upside potential in sterling.

The EURUSD consolidates below the 1.13 mark on stronger US dollar, as well. The pair’s short-term direction will likely depend on the US dollar appetite. Meanwhile, the final data should confirm a flattening inflation in European consumer prices. The headline CPI is seen at 0.1% y-o-y inflation in May, and the core inflation at 0.8%. The next technical support lies at 1.1160, the major 38.2% Fibonacci retracement which should distinguish between the actual positive trend and a medium-term bearish reversal.

Gold is little changed near the $1725/1730 per oz, as risk averse investors bear the brunt of uncertainty regarding the strength of the latest market recovery. However, the stronger the $1750 offers, the softer the buying interest due to a limited perceived potential to the upside.

WTI crude slipped more than 2% in Asia after the API data showed a second-week buildup in US oil inventories. The US stockpiles rose 3.8 million barrels last week, following a 8.42-million-barrel spike a week earlier. The more official EIA data is due today and should confirm higher oil inventories in the US. With the rising threat on the global recovery in oil demand, buyers may shift to the sidelines and leave the market in the hands of the bears. The price of a barrel will likely ease below $35. If the 200-day moving average support at $34.40 is cleared, the losses could extend toward the $30 mark. Oil producer countries meet today following their latest announcement of a record 9.7-million-barrel cut in daily production until July to drain the global glut. After the lack of full compliance dragged the price of a barrel to -$40 earlier this year, the rules of the game are clear to all member and non-member countries: full compliance or nothing. Therefore, we expect to see an increasingly solid compliance among oil producers to keep the market together until the Covid-19 crisis is behind.