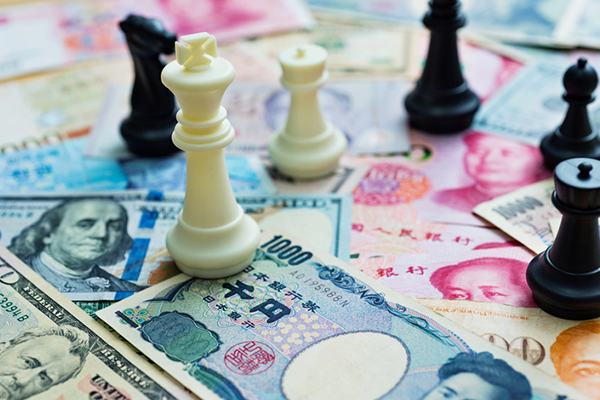 The relation between the US and China is about to get worse after the US imposed sanctions on top Chinese officials for the abuse of human rights in the Xinjiang region. News come about the same time than the political frictions over the Hong Kong’s new national security law. The post-Covid world will perhaps not see a second-phase trade deal between the two countries anytime soon, while even the actual deal is on a shaky ground.

Meanwhile, the coronavirus cases and casualties keep on rising in the US, threatening the economic activity and recovery. Even if the Trump administration wouldn’t allow another complete lockdown in the economy, the increasingly cautious behaviour from the population could seriously dent the speed of the post-Covid economic recovery. In this respect, the outdoor dining is reported to have fallen by a jaw-dropping 95% in New York compared to a year earlier, while public transports are only half full.

Moving to politics, the pressure on Donald Trump increases as opinion polls show a threatening advance for his rival Joe Biden for the November election. Biden’s advance in opinion polls also brings the US dollar and the equity markets under pressure, as a Democrat victory is generally considered bad for the stock performances.

US stocks printed a negative performance on Thursday. The Dow (-1.39%) and the S&P500 (-0.56%) slid, but Nasdaq outperformed with a 0.53% advance as investors continued piling into the tech stocks on rising worries of a persistent Covid crisis that would keep households at home for an extended period of time and consolidate demand in online services. Energy stocks tanked 4.86% confirming the reflection of the Covid anxiety on the asset prices.

Asian equity markets followed up on US session losses and the European equity markets are poised for a negative start on Friday. The FTSE 100 could feel the pinch of lower oil prices and slip below the 6000p mark into the weekly closing bell.

On the data deck, the US jobless claims came in slightly better than expected by a couple of thousands but still above the million threshold. There is a rising angst that the weekly figures will soon deteriorate on bumpy business reopening and slow recovery across many states.

Meanwhile, the US producer prices may have improved in June, but the near zero levels won’t interfere with the expectation of more stimulus from the Federal Reserve (Fed) in the foreseeable future.

Demand in safe haven assets rises. US treasuries, yen and Swiss franc edge higher as a result of a continuous move to safety.

Gold retreated to $1795 per oz as investors liquidated their long gold holdings at the same time then they exited their risk positions. The simultaneous equity, gold sell-off in risk environment has become a usual behaviour and doesn’t dent the gold’s safe haven value in medium term. Hence, the overall outlook in gold remains bullish despite an undesired positive intraday correlation with equities.

The EURUSD rebounded lower after hitting 1.1370 on Thursday. Irish finance minister Paschal Donohoe has been assigned the role of the new president of the Eurogroup, as countries will continue negotiations on the 750-billion-euro fiscal package to tackle the worst economic recession that the union faces since the WW2. The delay in the European recovery fund approval would dent the euro advance, bringing forward the risk of a negative surprise which would dampen the Eurozone growth prospects and send the euro tumbling against its major counterparts. For now, the 1.12 should provide an intermediate support to the single currency versus the greenback. The key support to the EURUSD’s medium term positive trend stands at 1.1160, the major 38.2% Fibonacci retracement on April – June rebound.

Cable, on the other hand, clashed with solid offers before the 200-day moving average (1.2685), as medium-term sterling bulls blocked the way up and pulled the pair to 1.2580.

WTI crude slipped below the $40 mark as the Covid angst won over the recent optimism in equity markets. Prospects of slower recovery in oil demand combined with an ample global supply could encourage a deeper downside correction to $37/35 pb area.

US Stocks Are Mixed. Safe Havens React to Record Increase in US COVID Cases

US stock indexes took different routes on Thursday, with non-tech stocks ignoring the stimulus rhetoric as the number of COVID-19 cases confirmed in a day hit a new peak on Wednesday, at over 60,000. Texas and Florida saw a record daily increase in the number of deaths. Thus, the correction is extending after equities paused a rally last Monday. Besides this, the Q2 earnings season is knocking on the door and investors know that it cannot bring anything positive, with most stocks expected to post two-digit losses in y/y earnings.

Nevertheless, investors could find reliable refuge in tech behemoths, as Apple, Amazon, Alphabet, and Microsoft pushed NASDAQ to a new record after doing the same on Wednesday. The healthcare sector also secured a confident gain.

In the first part of the trading session, equities were helped by upbeat labor market data. The US Labor Department said that job claims fell to a four-month low in the week ending July 4. That was a surprise for the markets, though some economists are calling not to fall for this trap, especially when the report includes the Independence Day. As a rule, applications for unemployment benefits are volatile around big holidays.

In Asia, equities were mostly depressive on Friday, as investors are worried about renewed lockdowns in the wake of the US record in daily number of coronavirus cases. A return to strict social distancing measures would hurt the bleak recovery that hangs by a thread backed only by stimulus hopes. The coronavirus anxiety is intensifying as many cities, including Beijing and Melbourne, have recently introduced a second lockdown. Hong Kong also returned to tight social distancing rules on Thursday on the back of a new outbreak in cases.

China’s almost three-week rally is on hold now as Shanghai Composite fell 0.84%. Hong Kong’s Hang Seng slid 1.01%. Japan’s Nikkei 225 dropped 0.36%, while South Korea’s KOSPI was down 0.66%. Seoul’s mayor, Woo Soon Park, was found dead after his daughter declared him missing on Thursday. The police are investigating the case as a suicide, though no official cause of death has been confirmed.

Australia’s ASX 200 dropped 0.44%, while MSCI's index for Asia-Pacific stocks outside Japan declined by 0.76%.

In individual corporate news, Boeing shares tumbled 3.3% as the Federal Aviation Administration (FAA) started an investigation after employees complained about compulsion that threatened their independence while assessing jet designs at the request of the government.

COVID vaccine maker Moderna saw its share recovering previous losses after a report that its product will be advanced to phase three clinical trials by the end of July.

In the Forex market, the US dollar has been bullish in the last 24 hours amid investors’ risk aversion on the back of the record increase in US coronavirus cases. Other safe-haven assets benefited from the situation as well. The USD Index is up 0.20% as of 5:30 AM UTC. The greenback also converted the news that the US Supreme Court green-lighted prosecutors’ access to Donald Trump’s financial record, which doesn’t bode well for his potential reelection.

Finally, the euro is falling against the US dollar but looks confident against the sterling. EUR/USD is down 0.10% at the time of writing. Reuters reported yesterday that European finance ministers supported Bulgaria and Croatia to join the so-called ERM-2 mechanism, meaning that the countries would replace their national currencies with the euro within the next three years.