US Equities Up After Wobbling Session, Sino-US Tensions Get Worse 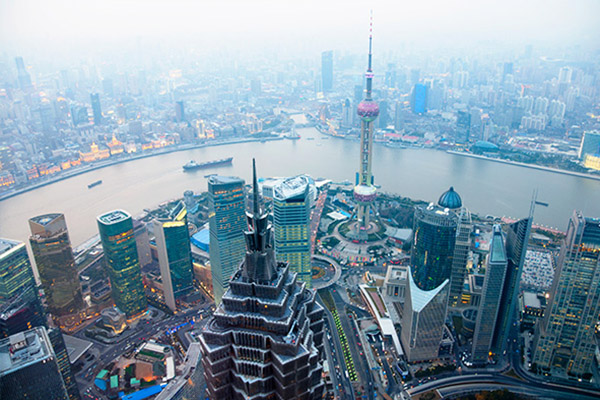 US stocks have returned to growth after a wobbling session on Wednesday. During the turbulent session, investors focused on mixed quarterly reporting and the debate over further stimulus. The benchmark S&P 500 index rose 0.62%, and Dow added 0.57%. Nasdaq was more modest, securing a gain of 0.24%. Still, the tech-oriented index is up over 19% year-to-date, leaving the other two indices way behind.

The US Congress is still divided on the new stimulus package, as Democrats and Republicans can’t agree on the amount and other details about two weeks before the current stimulus measures expire.
Meanwhile, the number of coronavirus cases is quietly advancing in the US and worldwide. The global daily figure updated the record yesterday. The US reported over 1,100 fatalities for the first time since late May.
Still, the hope for new stimulus, optimism around vaccines, and the earning season supported the rally. On Wednesday, 75 companies tracked by S&P 500 posted results, and 77.3% of them have beaten forecasts. However, it’s mainly because the expectations were pushed down amid the coronavirus panic. In annual terms, the aggregate S&P 500 earnings in the second quarter tumbled over 40%.

Asian stocks cannot leverage the upbeat tone of the US market, as the Sino-US tensions hit investor risk appetite. The US government ordered China to close its consulate in Houston in an effort to protect intellectual property. The Trump administration accused China of stealing research and illegal spying. Asia’s largest economy condemned the US decision and might consider closing the US consulate in Wuhan.

At the time of writing, China’s Shanghai Composite is down 0.86%, recovering some earlier losses. The Shenzhen Component has declined by 1.31%.

South Korea’s KOSPI is down 0.41%. The country fell into recession in the second quarter, reporting the biggest contraction in over 20 years. South Korea’s GDP fell 3.3% in the three months to June compared to the previous quarter, while economists expected a 2.2% drop. Exports, which account for about 40% of GDP, tumbled by 16.6%, which is the worst performance since 1963.
Hong Kong’s Hang Seng has managed to recover from initial losses and is now up 0.53% even though the city reported the highest daily number of COVID cases on Wednesday.
Australia’s ASX 200 is up 0.29%.

Japanese markets are now closed in observance of Marine Day, though Nikkei futures are down.
In individual corporate news, Tesla surged 5% in after-hours trading as the company reported Q2 earnings and revenue that beat expectations by a margin. The electric automaker stated that it was about to exceed the 500,000 annual deliveries target despite interruptions caused by the pandemic. The company announced EPS of $2.18 on revenue of $6.04 billion, versus an expected negative EPS on revenue of $5 billion.

Pfizer rose over 5% after the US government said that it would pay about $2 billion for 100 million doses of their coronavirus vaccine candidate.

Microsoft reported Q4 earnings and revenue that beat forecasts, but slowing revenue in the cloud division deteriorated investors’ sentiment. The share price fell about 3% after the close.
In the commodity market, gold updated the nine-year peak, as the rising tensions between the US and China are pushing investors to safe havens. The metal still has some room until the record peak, and investors will likely challenge it. The economic recovery is much slower than initially expected, and the fears of a second wave of the pandemic will highlight the need for reliable safe havens. Gold futures are up 0.20% to 1,869.35.

Oil prices advanced on Thursday, though the rally is capped given the unexpected increase in US oil reserve. Meanwhile, consumption is damaged by the pandemic. The Energy Information Administration (EIA) said that crude inventories increased by 4.9 million barrels in the week to July 17, while analysts expected a decline of 2.1 million barrels.
In FX, the US dollar couldn’t benefit from the rising US-China tensions. The USD Index declined 0.15% to 94.785.
Elsewhere, the euro still leverages the upbeat sentiment after European leaders approved a recovery fund to ease the impact of the pandemic. EUR/USD is up 0.19% to 1.1590.

Finally, the pound is up against the greenback and down versus the euro. The British currency is under pressure after the Telegraph reported yesterday that the government led by Prime Minister Boris Johnson is close to abandoning trade negotiations with the EU.