Dow Leads US Stock Market Rally Thanks to Utilities 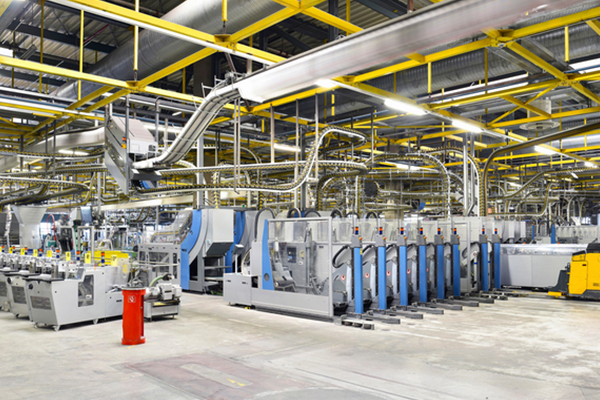 Dow Leads US Stock Market Rally Thanks to Utilities

Another day, another new record for the S&P 500 and Nasdaq indices, but the main winner of Wednesday’s trading session was Dow Jones, which is traditionally more sluggish. Dow rallied as US equities have been driven by defensive stocks – the ones that pay consistent dividends – and consumer staples. The index added 1.59% to close above 29,000 for the first time since February 20. Elsewhere, the S&P 500 and Nasdaq added 1.56% and 0.98%, respectively. The two improved their record high.

Investors’ main bet was on defensive corners, with utilities being the best performing sector, followed by materials, real estate, communication services, and consumer staples. The latter was driven by a 4% surge in Coca-Cola and 10% leap in whiskey maker Brown Forman.

The market turned its attention to defensive corners as the ADP’s private payrolls fell short of expectations. The labor market seems to be recovering at a slower pace than hoped. Private payrolls rose 428,000 jobs in August, while analysts expected an increase of about 950,000. Separately, a Fed report suggested on Wednesday that furloughed staff is being laid off permanently at an increased rate in several parts of the US.

Among the companies that updated their all-time highs were Amazon, Apple, Nvidia, PayPal, Adobe, Google parent Alphabet, Walmart, and Visa.

The price of Tesla stock tumbled almost 6% as the company revealed that a major shareholder had sold off a significant portion of his stock. Still, it seems that the sale was nothing else than a rebalancing as his stake had increased.

Asian equities are mixed, with Chinese stocks dragging the market down.

At the time of writing, China’s Shanghai Composite is down 0.38%, and the Shenzhen Component has dropped 0.17% after a strong start. China said that the Caixin services PMI fell last month to 54 from July’s 54.1. Still, the reading is maintaining above the 50 mark for the fourth straight month.

Hong Kong’s Hang Seng Index has lost 0.56%. The city is about to ease some social distancing rules.

Japan’s Nikkei 225 is up 0.92%. Yoshihide Suga officially announced his candidacy for the ruling party on Wednesday and thus has entered the contest to replace Shinzo Abe as prime minister. The index is rallying in spite of Japan’s somewhat downbeat services PMI reading for August, which fell to 45 from July’s 45.4.

European stocks will be mixed on Thursday. German DAX futures are currently flashing red, while French and British index futures are positive.

In the commodity market, oil prices hover over multi-week lows as investors are worried about decreasing demand as the recovery from the pandemic is not convincing. At the time of writing, WTI is down 0.17% while Brent has lost 0.29%.

The Energy Information Administration (EIA) said that demand for gasoline had dropped last week to 8.78 million barrels per day from 9.16 million bpd in the previous week.

Investors fear that the upcoming refinery maintenance and the end of the summer season could put further pressure on crude demand.

Gold cannot leverage its safe-haven status amid signs that the economic recovery is lagging. The metal is now down 0.11% to $1,941 after a somewhat bullish start. On Wednesday, gold tumbled 1.73% amid appetite for riskier assets.

In FX, the US dollar suddenly turned bullish at the expense of the euro’s weakness. Earlier this week, the European Central Bank hinted that the bloc’s currency was too strong. ECB chief economist Philip Lane said that the euro versus dollar rate was important for monetary policy. For investors, the comment suggested that the ECB could take action on the rate in the foreseeable future. EUR/USD is down 0.40% to 1.1806, after breaking above 1.200 for the first time in two years.