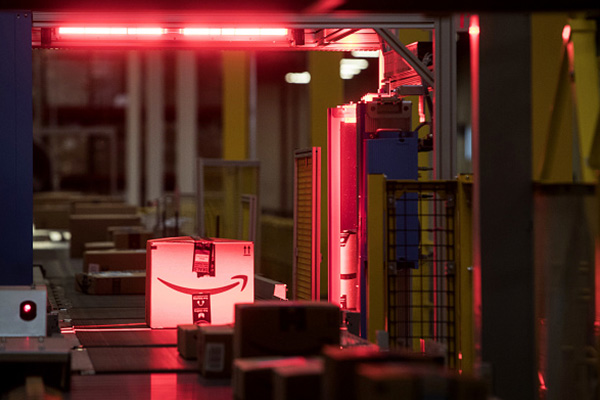 US equities extended gains on Monday, driven by tech stocks and persisting hopes that the Congress would approve a stimulus package.

Apple and Amazon were among the best performers. The former surged ahead of the big event due later today when it will present a new series of iPhones. Amazon rose ahead of the Prime Day scheduled for October 13 and 14. Twitter surged after Deutsche Bank upgraded the stock.

Thus, Nasdaq was the biggest gainer of the three indexes. The tech-oriented index jumped 2.56%, and a fresh all-time high might be just around the corner. Elsewhere, the S&P 500 rose 1.64%, and the Dow added 0.88%. All three indexes have retreated considerably from their daily highs.

Investor sentiment is buoyed by stimulus optimism, as the Trump administration seems to pursue a deal with Democrats before the election. Trump called the Congress to pass a skinny COVID relief package, which will focus on small businesses, airlines, and households. Negotiations for the larger package have led to nowhere.

Investors are also pricing in the potential victory of Democrat candidate Joe Biden, who would favor a larger stimulus scheme. The polls suggest that Biden will win the election by a margin, as there is a more than 10% gap between the two.

Later today, investors will monitor the financial reports from banking giants JPMorgan and Citigroup. Overall, economists anticipate Q3 earnings of S&P 500 constituents to drop by 21% year-on-year, after a 31% decline in Q2.

Asian shares are mixed in early trading on Tuesday, as markets retreat from recent regional highs amid worries about a setback in progress towards a coronavirus vaccine. Earlier today, US drugmaker Johnson & Johnson reported that an unexplained negative reaction in a participant forced it to halt its vaccine trial.

At the time of writing, China’s Shanghai Composite is down 0.11%, but the Shenzhen Component is up 0.18% after initial losses. The market is recovering from earlier losses after China reported trade data for September, with exports surging 13.2% against the expected increase of 0.3%.

In Australia, the ASX 200 closed 1.04% higher, benefiting from the general bullishness. Australia is looking for an explanation from China, which reportedly banned Australian coal imports, thus cooling relations between the two.

Hong Kong markets were halted due to a storm.

European stocks will be mixed on Tuesday, though bears currently dominate in futures trading on the main indexes. Later today, European Central Bank President Christine Lagarde will lead the annual meetings of the International Monetary Fund and the World Bank Group. The virtual meetings will conclude on Sunday.

In the commodity market, oil prices are recovering after losing over 3% at the start of the week. Still, the selling pressure is high as supplies resume in Norway, Libya, and the US Gulf Coast after Hurricane Delta weakened. Meanwhile, the International Energy Agency predicted a 5% drop in global energy demand this year. WTI and Brent have gained about 0.90% so far, trading near $40 and $42, respectively. OPEC member Libya had lifted its force majeure embargo in the Sharara field on Sunday, with the field expected to produce about 300,000 barrels per day. This will double the country’s output and will add 0.3% to the current global crude supply.

Gold has declined amid stronger greenback and as investors focus on the stock rally. Gold futures are down 0.33% at $1,922.

In FX, the US dollar rebounded from three-week lows, as investors are pricing in Biden’s victory. Also, market participants are buying the USD against riskier counterparts, especially after the Chinese government seems to halt the Yuan rally. The USD Index is up 0.06% to 93.168. EUR/USD is down 0.15% to 1.1795. The European currency is bearish on the disappointing news that J&J’s vaccine study was halted. Meanwhile, Europe reported a record daily number of new COVID cases at the end of last week.

AUD fell over 0.30% against the greenback after China halted coal imports from Australia.

The British pound is down 0.7% against the USD but up the same figure against the euro. The UK unemployment rate rose more than expected in August, from July’s 4.1% to 4.5%.