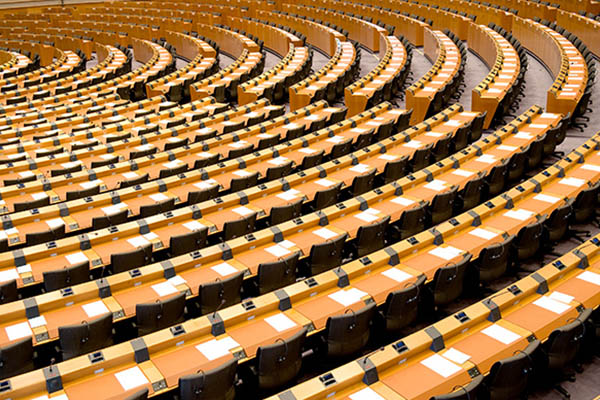 US equities moved higher on Wednesday, after retreating during the previous session. The upbeat mood prices in investors’ hope that 2021 will be a much better year for the economy, which may be pushed by COVID vaccine rollouts and more stimulus.

Still, the massive $2.3 trillion stimulus package signed by Trump in the weekend is enough to support the bullish stance.

The Dow Jones rose 0.24% to update the record high. The S&P 500 added 0.13%, and Nasdaq rose 0.15%. Eight out of 11 S&P sectors moved higher, with energy and materials being the best performers. Trading volumes are much lower during the holidays.

The S&P 500 has gained about 15.5% year-to-date, driven by massive stimulus implemented by the government and cash injections from the Federal Reserve. In the final quarter, the rally was fueled by the vaccine news.

Nasdaq is set to record its best yearly performance in over a decade, with FAANG stocks being in the spotlight.

Investor sentiment was boosted after the UK approved the emergency use of the COVID vaccine produced by AstraZeneca and Oxford University. The first shots will be administered on Monday. Still, investors are worried about the new COVID strain first discovered in the UK. The first cases in the US have been confirmed in Colorado.

In Asia, stocks are mostly bullish during their last trading day of 2020. The optimism is supported by the UK’s approval of the COVID vaccine produced by AstraZeneca and expectations of a global economic recovery in 2021.

At the time of writing, China’s Shanghai Composite is up 1.30%, and the Shenzhen Component has surged 1.38%. Chinese factory activity increased at a slower pace, according to data released earlier in the day. Manufacturing PMI came in at 51.9 in December, down from November’s 52.1 figure and slightly lower than forecasts. The data also showed that non-manufacturing PMI came in at 55.7 in December, also down from November’s 56.4.

Markets in Japan and South Korea are closed ahead of the New Year.

In the commodity market, oil prices are somewhat bearish after opening higher. The concerns over the new COVID strain offset the optimism surrounding the UK approval of AstraZeneca’s vaccine. Both WTI and Brent have lost 0.10% so far. Initially, prices were boosted by data released by the Energy Information Administration (EIA), which showed a draw in crude inventories of over 6 million barrels last week. Investors expected a draw of over 2.5 million barrels. Previously, the American Petroleum Institute reported a draw of almost 4.8 million barrels. 2020 has been a tumultuous year for crude prices, which have declined about 20% since the beginning of the year. At one point, WTI futures turned negative for the first time ever, as demand tumbled. Nevertheless, unprecedented stimulus from governments worldwide helped crude prices recover part of the losses.

Gold futures have declined slightly, but are set to conclude the best year in a decade, as investors have looked for safe havens amid the COVID crisis. The metal is down 0.04% to $1,892.

The British pound has gained about 0.10% against both majors after the UK approved AstraZeneca’s vaccine. Also, the British parliament approved Prime Minister Boris Johnson's Brexit trade deal with the EU. Both sides want to start a new chapter in their relationship.