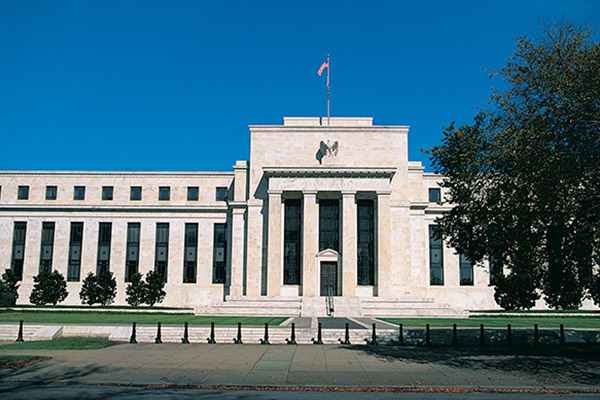 Most governments deployed unprecedented fiscal measures to support and boost the economies shattered by worldwide business shutdown and depressed economic activity due to the Covid-19 pandemic.

In the US, for example, the national debt exceeded 26 trillion US dollars in June, including the 2.5 trillion dollar fiscal aid package as the US government accelerated the pace of indebtment to fund individuals and businesses through the rough lockdown period. As a result, the US debt-to-GDP ratio advanced to 120%, more than the levels seen during the World War II. And the rise in the US debt is not over yet. The government is preparing to throw an additional trillion to the mix this summer for more support.

In other developed countries, the picture is not much different. The British debt lately surpassed the 100% mark for the first time in 50 years, and the debt-to-GDP ratio in France, Italy and Japan are expected to exceed the 100% level, if it is not done yet.

Fitch downgraded Canada from AAA to AA+ pointing at the deterioration of public finances after the Covid-19 pandemic, which should lead to a significant increase in the country’s debt-to-GDP ratio to 115% in 2020 from 88.3% printed a year earlier.
Among developed nations, only Germany should maintain its debt levels below the 100% threshold.

Across the emerging economies, we see significantly rise in debt-to-GDP ratios following the pandemic, as well. The Brazilian debt is expected to increase to 93.5% of its gross domestic product from near 75% before the pandemic according to a recent Reuters article. India’s debt will likely near 85% of its GDP versus 70% in previous years. The Chinese government debt stands a touch above the 40% level, but China doesn’t issue debt as other countries. The EM giant’s total debt, on the other hand, shot up to above 300%. While Turkey will likely push its debt to 42% of its GDP from around a ten-year average near 30%.

Who absorbs this debt?

Most of the government debt is held by public - individual investors, companies and foreign governments - via treasury bills and government bonds. And given the ultra-low interest rate environment, the debt issued by these governments stand at extremely low levels, especially in developed economies where the interest rates stand near or below zero.

This is because in theory, the lower interest rates lead to lower bond yields.

But the zero-to-negative rates are not the only explanation to abnormally depressed government bond yields especially in developed nations. There is more to that.

But before we move forward, it is crucial to understand that an opposite force to the falling government yields is the increasing sovereign debt. Higher debt-to-GDP ratios increase the risk of insolvency of a government – the risk of default on its debt. Therefore, rising debt levels should push the bond yields higher to compensate the increased risk of government default despite the ultra-low interest rates.

But it doesn’t seem that the overshooting government debt is an issue for sovereign investors, especially in the US. The US yield curve has flattened and shifted meaningfully lower since the beginning of the pandemic, and the sole driver of the latter downside shift was not the lower Fed rates. From a certain point in time, we observed that for the same level of interest rates, higher government indebtment led to lower sovereign yields. In this respect, the US government debt has never been so high, and the US bond yields never so low.
This anomaly is due to three major factors.

First, there is the common and established belief that the higher debt is needed to boost the world’s biggest economy and reduce the risk of a severe worldwide recession.

Second, investors know that the US could ‘infinitely’ increase debt to repay its existing debt.

Then, the US Federal Reserve (Fed) is committed to buy an illimited amount of the US government debt to make sure that the debt engine runs smoothly. The latter reduces the insolvency risk meaningfully.

Yes, it is sort of a Ponzi scheme, but it works. Moreover, the US debt is seen as the safest haven.

In Germany, the short end of the curve shifted higher on risks that the European Central Bank (ECB) could not expand the Quantitative Easing (QE) as much as it desires due to the German opposition, but the long end of the yield curved shifted lower over the past six months. And anyway, the entire German curve is below 0% meaning that investors hardly believe that the German debt is safe no matter what.

In Japan, we have seen a steepening of the curve with lower short-term rates and slightly higher long-term rates, as Japan's gross government debt ratio of around 230% of GDP is the highest among Fitch-rated sovereigns, and increasingly worries investors regarding the nation’s solvency amid the additional Covid-19 spending. But the yields in Japan are near or below zero, meaning the perception of risk remains very much limited for the Japanese bonds despite the Bank of Japan’s narrowing scope of action.

Elsewhere, it is not the same story.

The rising debt levels in so-called emerging economies such as Brazil, Russia, India, Turkey and China have a boosting impact on government yields – meaning that the governments pay higher interest to find funding, because their debt is considered to have become riskier due to increased government spending. But more importantly, the emerging country’s central banks can hardly justify printing money to buy their own governments’ debt.

Therefore, not only that the emerging economies can not increase their spending as recklessly as the developed countries, but they also pay higher interests even though their spending remains relatively less compared with the G10 giants.

As a result, the Brazilian sovereign yield is lower on the short end but steeper compared to its levels six months ago, while the Turkish yields are higher across the curve with a meaningful steepening in the short end, emphasizing higher short-term risks due to the pandemic led rise in government spending.

Moreover, the higher debt levels have a devastating impact on emerging market currencies, further diminishing these countries’ purchasing power. This is not true for G10 economies. The higher government spending has a positive impact on the G10 currencies – because it boosts their growth prospects.

It is a disturbing double standard, but it is the truth.

Recently, many investors still raised the question of how safe is the US debt given the skyrocketing government debt levels? Could the US, and other so-called developed nations’ debt idyll be over?

Probably not. There is no reason for the G10 debt to fall from grace as long as the rest of the world is ready to finance the low-cost debt of the G10 economies. Maintaining the financial power of G10 economies is the price of benefiting from a certain stability in the global financial marketplace.

Hence, in the actual set-up, the government insolvency issue comes down to who can and who cannot afford reckless QE – Quantitative Easing, and get its debt absorbed by the market. In other words, will remain safe the bonds of countries where the governments can continue issuing an outrageous amount of debt, while central banks buy massive amounts of the debt issued buy their own governments, reducing the perception of default risk for investors.